Serving the Citizens of Lewis County Since 2012

I grew up in Moscow, Idaho and, from there, have gone to school and worked in southern California, Connecticut, Chicago and New York City. After attending law school at Cardozo Law School in New York, I returned to Idaho where I clerked for Justice Joel Horton of the Idaho Supreme Court. From there, I was given the opportunity to move to Nez Perce and work for Kimron Torgerson in the Lewis County Prosecutor’s office. I was elected prosecutor in 2012 and re-elected in 2018.

My career has been marked by a commitment to public service, from interning for the Office of the President in the Czech Republic to working for Interfaith Cooperative Ministries and Community Mediation in New Haven, Connecticut, to an internship with the Office of the Prosecutor of the International Criminal Tribunal for Rwanda. Throughout these and into my work for the people of Lewis County, I have been committed to seeking justice and serving those communities of which I’ve been a part.

This has continued and evolved into my work as the Prosecuting Attorney, working to serve victims, collaborate with law enforcement, and promote a safe, prosperous community.

As a prosecutor, I am involved with all areas of the community, from collaborating with community groups, schools, and the multi-disciplinary child abuse task force to engaging with individual victims of crime and other community members.  The work of a prosecutor means getting to know the individual cases, each of them distinct and with their own dynamics.

In my personal life, I remain involved in community groups throughout the region, from being invited to help judge Moscow’s Fourth of July Mutt Strut in 2018 to religious activities to supporting non-profit organizations.

During law school, I had the opportunity to work for the Office of the Prosecutor of the International Criminal Tribunal for Rwanda.  There, I saw first-hand the way that the prosecutor’s office could speak for the victims of a senseless, horrific event (the 1994 Rwandan genocide).  A prosecutor’s office is one of the most critical institutions to expose truth and seek justice.

From there, and returning to Idaho, I have seen the ways in which that my experiences can translate to local communities here, whether working with victims and the community to seek justice, working with law enforcement to promote safe and respectful communities, or going into the courtroom and promoting the safety and security of Lewis County.

Finally, being a prosecutor in a small community means being involved in all aspects of the work – from infractions to felonies and through the work with Lewis County’s dedicated courthouse staff and officials, I get to be a part of it all. It is a special and unique position and I’m gratified to be a part of it. 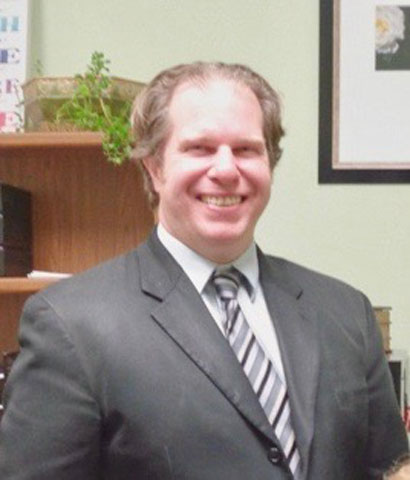