Serving the Citizens of Latah County Since 1992

Latah County is truly my home. Having grown up in a military family, I rarely stayed in one place for more than a few years – that is, until I came to Moscow in 1977 to attend Law School and never left.

I graduated from the University of Idaho College of Law in 1980 and, after 12 years in private practice, was elected Latah County Prosecutor in 1992.  I served on the Idaho Prosecuting Attorneys Association Board of Directors from 1998 through 2003, and as President in 1999 and 2002.  I have also served on the Idaho Juvenile Justice Commission since 2002, and the Idaho Criminal Justice Commission’s Public Defense Subcommittee.

My wife Frances (also an attorney), and I have been married since 1980 and have two adult sons.  In addition to being Latah County’s longest serving prosecuting attorney, I am an avid musician and perform with a number of local bands playing everything from old rock, blues, soul, folk, country and Americana, to klezmer and big band jazz.

In addition to overseeing both the criminal prosecution and civil legal functions of the Latah County Prosecutor’s office, I have assisted other jurisdictions as a Special Prosecutor and regularly provide training and advice to elected officials, law enforcement and other prosecutors on a variety of topics including ethics, new statutes and case law, trial and investigation skills, interagency cooperation and risk management.

“PROTECTING EVERYONE’S RIGHTS” definitively describes my philosophy and my duties and responsibilities as the Latah County Prosecuting Attorney.

From my perspective, being a prosecutor is pretty much the best legal job out there for people dedicated to public service and who really want to make a difference. Being able to do the right thing is what this job is all about. 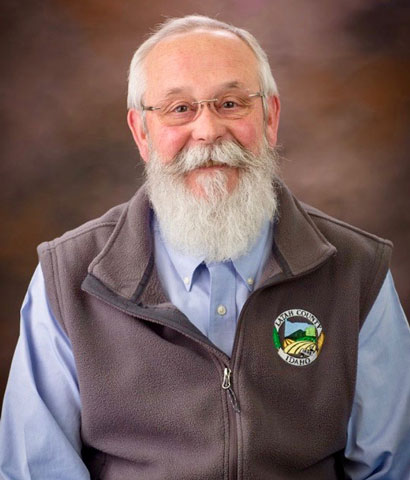