Serving the Citizens of Benewah County Since 2013

Originally from Woodland Hills, California, I moved to this area to attend WSU in 1976. After graduation, I lived in Seattle for several years until 1990, when I moved back to attend law school at the University of Idaho. After practicing law in Moscow for 20 years, my wife and I moved to St. Maries after I was appointed, and later elected to the position of Prosecuting Attorney.

I am active in my church, serving as the rector for the past 25 years. My wife and I also practice and teach karate in both St. Maries and Moscow. Other activities include hobby beekeeping, offering classes to various school groups, and various forestry projects on a stewardship forest we own, such as planting, thinning, and water projects to support wildlife. We have also remodeled the several historical homes that we have lived in over the years.

Being involved in the criminal justice system as a prosecutor is the best job in the world. I was a defense attorney for many years before, and have been particularly interested in the rehabilitation of defendants, where available. I especially enjoy the ability to fashion sentences that protect society first, including and especially the victim, and then using a combination of incentives to create an environment for a defendant to change the course of his or her life. This office has made prosecution of controlled substances its highest priority and, working with the Benewah County Sheriff, has made a significant impact upon the use of dangerous drugs in our county. 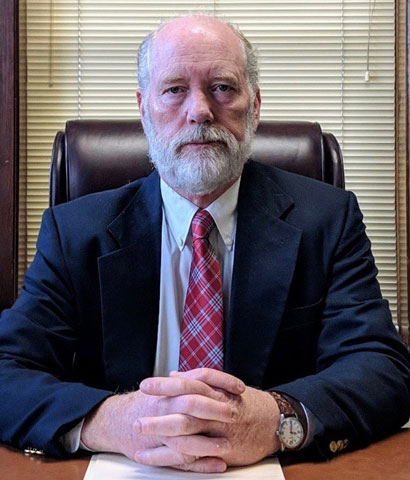